The following is a press release from Project Ploughshares, an ecumenical agency of the Canadian Council of Churches. 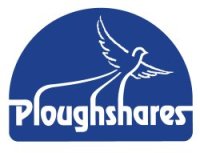 “It’s a privilege for me to join Project Ploughshares as Chair at this time,” said Christie. “Ploughshares is highly regarded as a leading Canadian civil society voice working for sustainable peace and disarmament. Changes are afoot. Our first task in 2015 is to initiate a search for a new Executive Director. John Siebert, who has been Executive Director of Ploughshares since 2005, is moving on to new challenges.”

Siebert, who will remain with Ploughshares until his successor is in place, welcomed the appointment of Christie as Chair. “Jim is recognized nationally and internationally as a leader in the pursuit of peace. He brings a wealth of public policy experience and insight to current Ploughshares priorities, such as the implementation of the Arms Trade Treaty and the humanitarian initiative to ban nuclear weapons.”

Project Ploughshares, founded in 1976, is an operating agency of The Canadian Council of Churches. It conducts research and provides policy advice and strategies to prevent war, build sustainable peace, and control and reduce expenditures on weapons, directing those resources toward sustainable economic and social development. Turning swords into ploughshares.

Jim is Director of the Ridd Institute for Religion and Global Policy at the University of Winnipeg and a well-known ecumenist and pioneer of interfaith dialogue. He is a Past President of The Canadian Council of Churches and was the Secretary General of the 2010 Religious Leaders’ Summit—one of a series of gatherings of world religious leaders that parallel and complement the G8/G20 summits.

Christie has worked extensively on global democracy, United Nations reform and human rights. He is a past chair of the council of the World Federalist Movement – Institute for Global Policy, headquartered in New York and The Hague. The WFM-IGP coordinates more than 2,500 civil society organizations that make up the Coalition for an International Criminal Court.

In Manitoba, Jim serves as the founding convener of The Advisory Committee for the Lieutenant Governor’s Award for the Advancement of Inter-Religious Understanding. He is also on the Board of the Manitoba Multifaith Council.

The Ploughshares’ national office moved in June 2014 to the MSCU Centre for Peace Advancement at Conrad Grebel University College, part of the University of Waterloo.

Project Ploughshares is the ecumenical peace centre of The Canadian Council of Churches and associated with the MSCU Centre for Peace Advancement at Conrad Grebel University College, University of Waterloo.