On Thursday, May 20, 2021, members of the Council were pleased to welcome the Right Honourable Justin Trudeau, Prime Minister of Canada, and other elected officials of Parliament to a special session of the May 2021 Governing Board meeting entitled “Preparing for a New Normal: A Vision for a Just and Caring Canada – The Prime Minister of Canada in conversation with The Canadian Council of Churches.”

The first part of the session was spent with MP John McKay, the Honourable Ahmed Hussen (Minister of Families, Children and Social Development), the Honourable Filomena Tassi (Minister of Labour, and the Honourable Jean-Yves Duclos, President of the Treasury Board), and MP Rob Oliphant, Parliamentary Secretary for Foreign Affairs. Questions and discussion centered on issues of poverty reduction, Universal Basic Income services, the Missing and Murdered Women and Girls inquiry, climate justice, and more.

The second part of the session was spent with the Prime Minister. Members of the Council were grateful for his willingness to engage (and be engaged by) faith leaders in Canada on important human issues.

The event was moderated by newly elected President of the Governing Board, the Rev. Dr. Das Sydney, and members of the Governing Board had the opportunity to pose questions. Members of the press and others who would like more information about this event are encouraged to contact the Council’s communciations coordinator, Nicole Roccas, at communications@councilofchurches.ca. 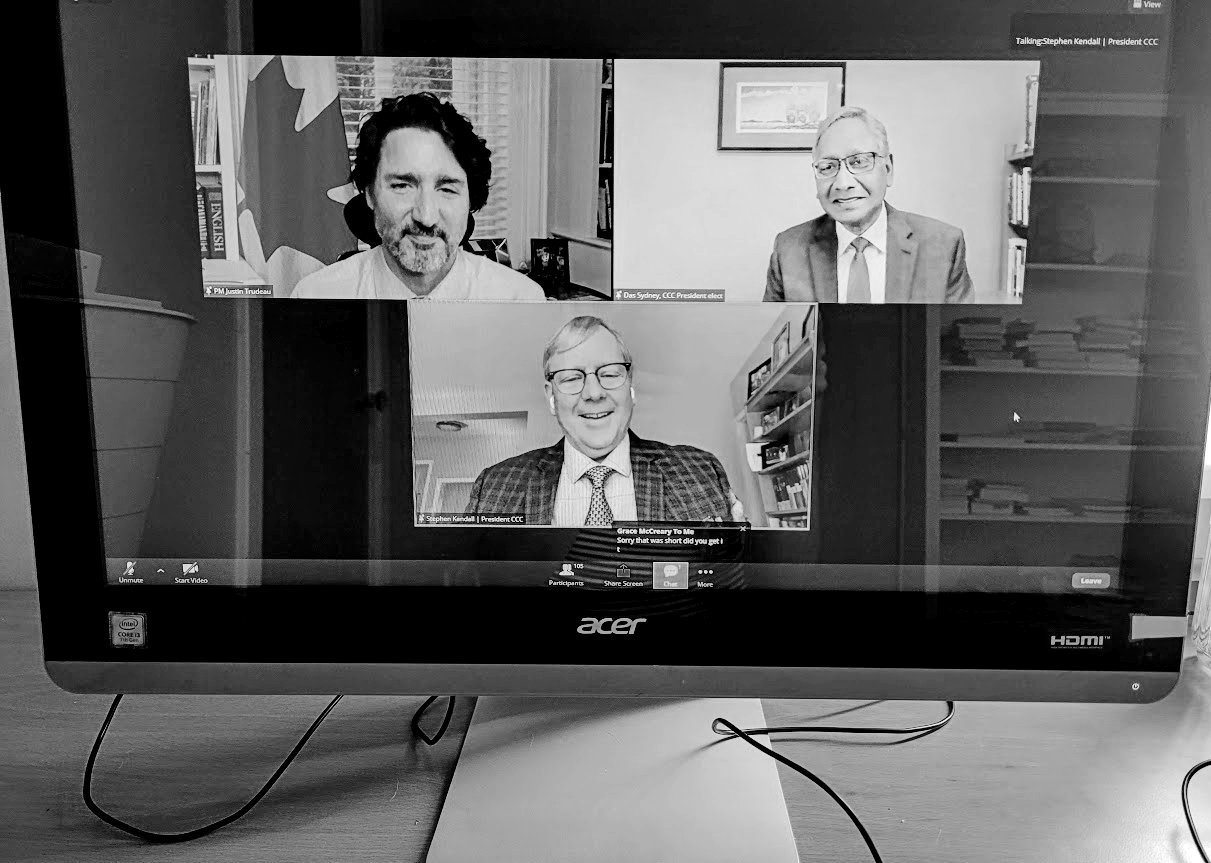