The Canadian Council of Churches is pleased to announce that The Rev. Stephen Kendall (Presbyterian Church in Canada) has been elected and installed by the Governing Board as President of The Canadian Council of Churches for a 3-year term running to 2021. The Rev. Canon Dr. Alyson Barnett-Cowan (Anglican Church of Canada) completed her term of service and takes up her new role as Past President.

In addition, the Governing Board elected and installed Pat Lovell (Evangelical Lutheran Church in Canada), Sr. Gill Goulding (Canadian Conference of Catholic Bishops), and Kathy Vandergrift (Christian Reformed Church in North America) as Vice-Presidents and Norm Creen (Presbyterian Church in Canada) as Treasurer. The Executive Committee is completed by Bob Clarke (Religious Society of Friends), Chair of the Personnel Committee, Dr. Richard Schneider (Orthodox Church in America), Chair of the Commission on Faith and Witness, and Sr. Donna Geernaert (Canadian Conference of Catholic Bishops), Chair of the Commission on Justice and Peace.

Since 1998 Stephen Kendall has served as the Principal Clerk of the General Assembly of The Presbyterian Church in Canada. In that role he participated in addressing the legacy of Indian Residential Schools in Canada first hand. He also serves as ecumenical officer for the denomination and has been a member of the Governing Board of The Canadian Council of Churches since 1998. Internationally he served on the Executive of the World Communion of Reformed Churches and is part of the Ecumenical Officers network for the World Council of Churches.

The Rev. Stephen Kendall is a minister of The Presbyterian Church in Canada, ordained in 1987. He has served five years as minister of a new congregation in Calgary, and seven years in a congregation in Toronto. He holds a degree in mechanical engineering from Carleton University and a Masters of Divinity from Knox College, University of Toronto.

Stephen lives in Toronto with his wife and has three children and two grandchildren. He plays bass guitar in the bluegrass/folk band Lost Pilgrims. 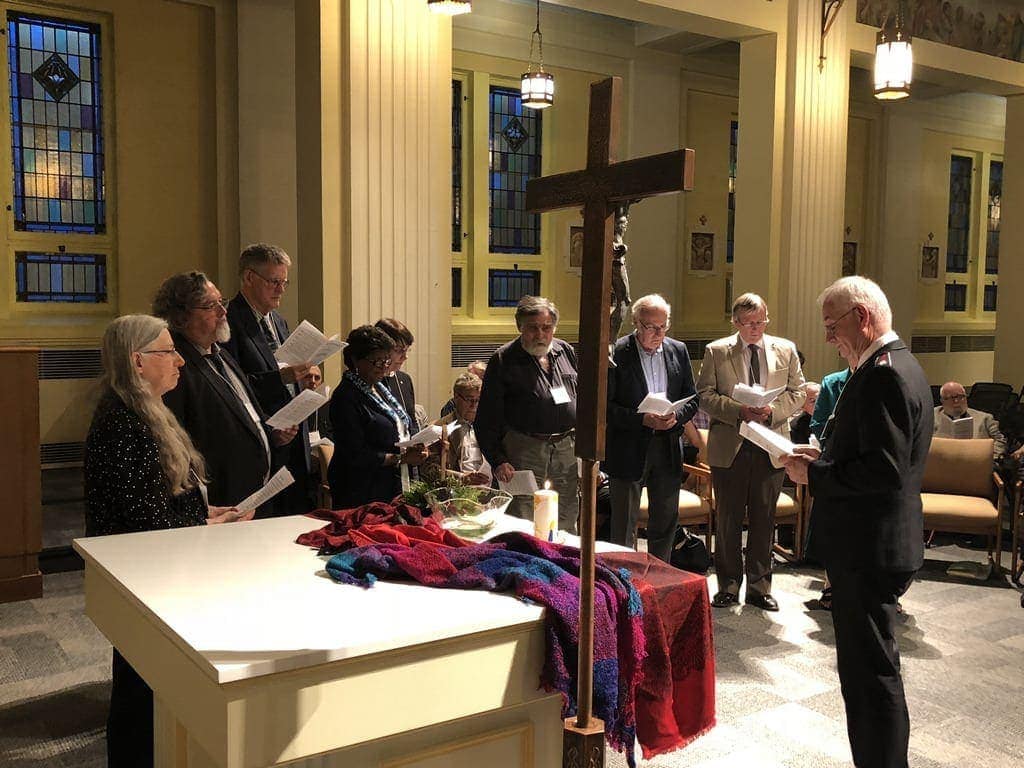