On October 6, 2017, The Canadian Council of Churches sent a letter to The Honourable Chrystia Freeland, Minister of Foreign Affairs, addressing concerns about the country’s absence from a multilateral negotiation process to ban nuclear weapons.

“In particular, we wish to express our disappointment in Canada’s absence from the recent multilateral negotiations under the auspices of the United Nations on a “legally binding instrument to prohibit nuclear weapons – as well as their nuclear-reliant allies, such as Canada and most NATO members – negotiations resulted in a treaty establishing an explicit prohibition of nuclear weapons, which was adopted by a clear majority at the United Nations on July 7.” 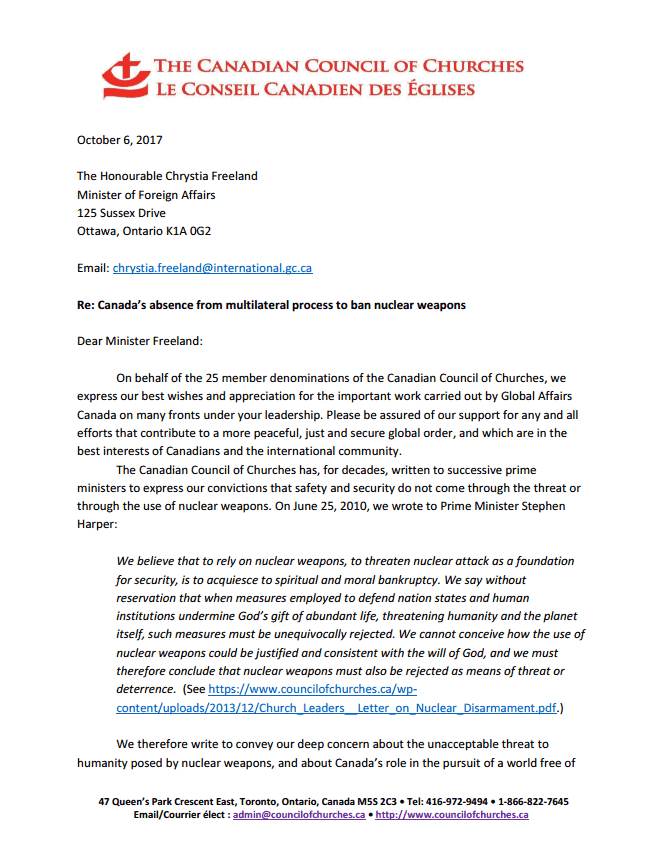