The Commission on Justice and Peace of The Canadian Council of Churches endorses the Korea Peace Appeal. The Council was formed in 1944 as the long years of the second world war were drawing to a close. Christians in Canada were yearning for ways to come together to work for a world built on the biblical calls to peace. Over 75 years later, we live in a still divided world. In the peace and justice-seeking tradition of the Council, the member churches of the Commission on Justice and Peace issue two invitations:

Join the Canadian response to the invitation issued by The National Council of Churches in Korea. The Korea Peace Appeal is a global campaign that seeks to collect 100 million signatures by 2023, the 70th anniversary of the armistice. Canadians are challenged to add ten thousand signatures by the summer of 2022.

The Korean War began in 1950. While open clashes ceased in 1953 with the signing of an armistice, a peace treaty has not yet been established.  The war is not over. For more than 70 years the Korean people have endured a constant state of hostility and war, which has solidified the division of the peninsula.

Join with Korean partners and all who seek peace on the Korean Peninsula, the region, and the world. In adding your signature to the petition, you are saying:

This campaign has been initiated by more than 370 South Korean civil society organizations, religious groups, and international partner organizations with the goal of ending the Korean War and concluding a Korea peace agreement.

Both North and South Korea have used the conflict as an excuse to perpetuate violations of human rights to maintain power, countless resources have been focused on military spending rather than on people’s health and welfare, and millions of Korean families remain separated from each other on opposite sides of the border that was sealed in 1953.

The people of Korea have not lost hope. Their call to the world is “Peace First―End the War Now.”

Sign the Korea Peace Appeal. End the war now by signing the petition.

Pray for Korean partners and the Korean people as they work toward unity and engage your community of faith. Use these resources from the United Church of Canada or create your own:

God of wonder,
Comfort those who have been suffering from the division by foreign powers for over 70 years.
We ask you to restore the broken Korean Peninsula.

—from Prayer for the End to the Korean War and Peace on the Korean Peninsula by Dr. Un Sunn Lee 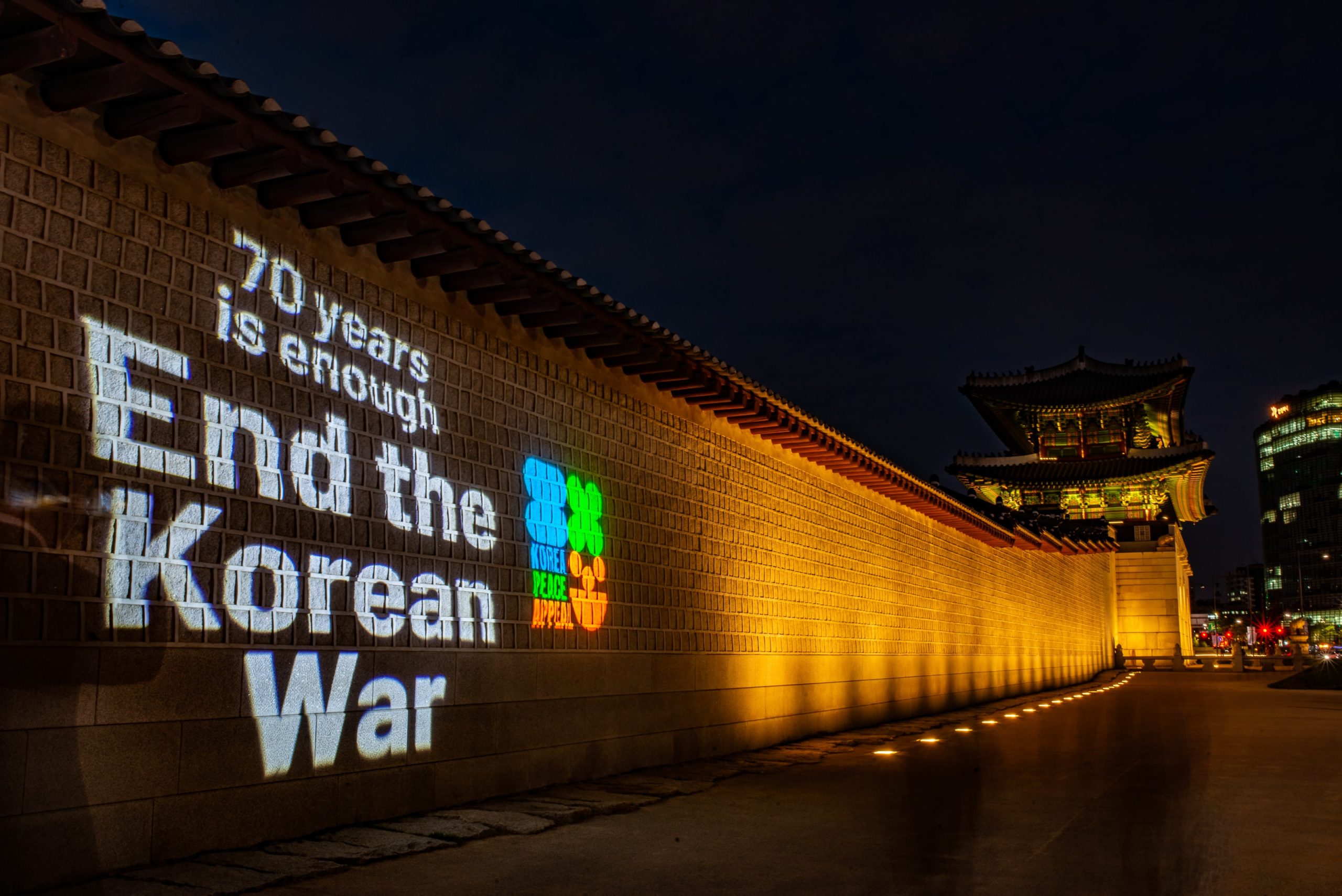