Last week, we celebrated the 75th birthday of The Canadian Council of Churches! On September 26, 1944, the CCC was inaugurated at an ecumenical worship service held at Yorkminster Park Baptist Church in Toronto. On Thursday, September 26, 2019, we gathered once again at Yorkminster Park Baptist Church and gave thanks for the ways God has worked through the one ecumenical movement in Canada. The service reflected the growing diversity of Christianity in the Canadian context.

Here are some highlights:

Did you miss this event? Don’t worry! Our cornerstone celebration of the CCC’s 75th Anniversary is on October 26 and will feature a nation-wide live-streamed conversation in response to the question “What is the Place of Christianity in Canada Today?” 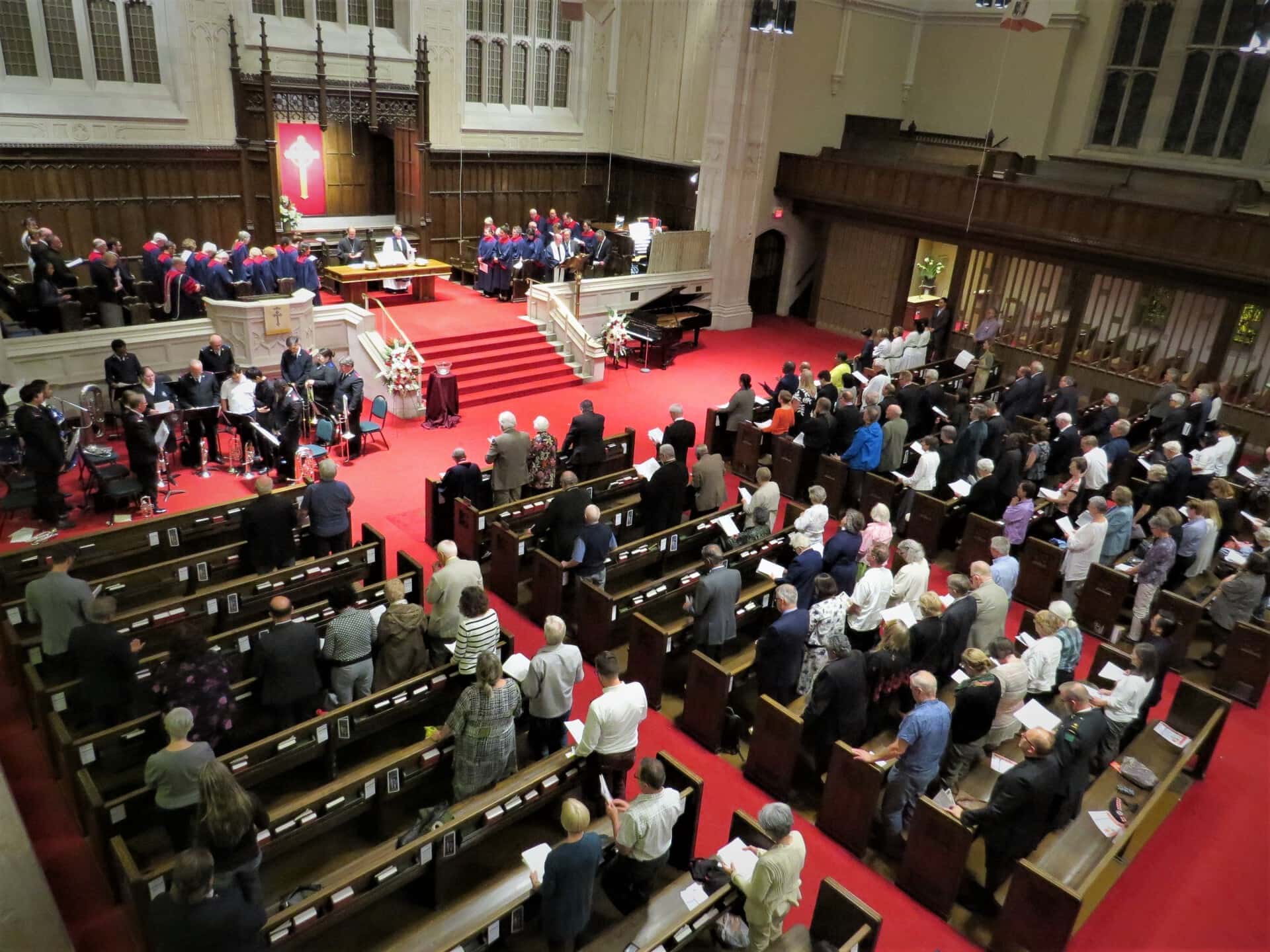