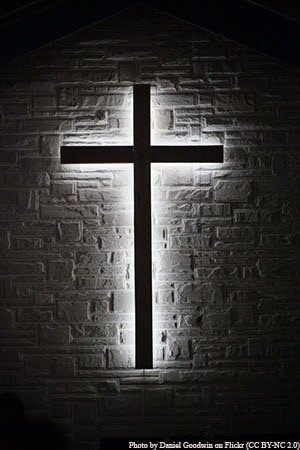 In the Gospel of John, Jesus prays that believers of all generations “may be one” (John 17: 21). His prayer for unity is rooted in the very essence of God–the communion of the Trinity–for the purpose of Christian witness in the world.

“The Church is the Body of Christ, one body, united but not uniform,” says Rev. Dr. Karen Hamilton, General Secretary of the Canadian Council of Churches (CCC).

The biblical witness conveys that unity is best expressed and practiced through the diversity of God’s people. “As the apostle Paul says in I Corinthians 12 – whether hand, eye, or foot – we are diverse but all essential parts of the One Body.”

For some, ecumenism can seem like a complex, peripheral reality; an afterthought to ministries considered paramount in the Church today. But Dr. Hamilton believes “ecumenism is nothing less than a divine imperative.”

This year marks the 70th anniversary of the CCC. Founded in 1944, it’s grown from 10 member denominations to 25 today. Representing over 85 per cent of Christians in Canada, it is the most diverse and inclusive ecumenical council in the world.

Since 1997, the CCC has worked with a consensus process. “Every voice counts and we don’t vote,” explains Dr. Hamilton. “This gives us the ability to create an environment of dialogue rather than divisiveness.”

It’s no wonder, then, that the CCC is able to facilitate the cooperative dialogue of denominations across such a wide spectrum of Christian traditions—including Anglican, Evangelical, Free Church, Eastern Orthodox and Oriental Orthodox, Protestant, and Catholic traditions.

Complex as it can get, there is nothing peripheral about the CCC’s influence at the national and global roundtable.

For 70 years, the CCC has been engaging with government, business, and organizations in Canada and around the world. Its witness to Christ has taken place in the public square, where the Council has spoken into the social, ethical, political, legal, and ecological concerns of our time.

Dr. Hamilton believes it’s the hope of the Gospel that drives the CCC’s work. “In light of the resurrection of Christ, the Council has striven to work and witness in the world through scripture, tradition, faith, prayer, justice and peace.” This November the CCC meets to celebrate its work in the world.

This year’s General assembly, the largest of its kind in the Council’s history, will see the gathering of both its flagship commissions–Faith and Witness and Justice and Peace–and the 20 committees that carry out its vital ecumenical work.

Highlights of the anniversary celebration include talks from recognized ecumenical leaders, such as a keynote address by Dr. Mary Jo Leddy, founder of Romero House.

Dr. Leddy—a Catholic theologian, author, and social activist—will speak at Church of the Redeemer in Toronto on November 19, on the theme of Faith in the Public Square.

“Christian witness is most effective in the public square when the Church is working together,” says Dr. Hamilton.

So in the 70th year of the CCC, why is ecumenism a divine imperative? So “the world will know” God’s love through the unity and witness of His people (John 17:23).

Not a peripheral reality, but rather the very heart of the Gospel.

Josh Valley is the communications intern for the Canadian Council of Churches, and a student of Tyndale University College & Seminary