On Friday 23 October 2020, the Federal Court of Appeal will hear arguments on the Canadian government’s request to stay the decision finding that Canada is violating the rights of refugee claimants it returns to the U.S. under the Safe Third Country Agreement. The July Federal Court decision is otherwise due to take effect in January 2021.

“Every day that the rules remain in effect, more people risk being returned to imprisonment in the US and possible return to persecution,” said Dorota Blumczynska, CCR President. “After seeing overwhelming evidence, including the testimonies of the appalling experiences of people in the US immigration detention system, the Federal Court concluded that the conditions in US detention ‘shock the conscience’. We must stop sending people to face these intolerable abuses.”

“For the second time, the Federal Court has found that the Canadian law implementing the Safe Third Country Agreement is unconstitutional,” said Justin Mohammed, Human Rights Law and Policy Campaigner at Amnesty International Canada. “While the court gave Parliament six months to remedy the law, the government has squandered that opportunity in favour of an appeal. We are hopeful that the Federal Court of Appeal will affirm the deadline, so that no refugee protection claimant will be handed over by Canada to face the horrors of US immigration detention past January 2021.”

“The principles of justice in Canada’s Charter of Rights and Freedoms must be upheld. The court has directed that the best way to achieve that is for the US-Canada Safe Third Country Agreement to be set aside so that refugee claimants can apply at regular border crossings and be given a hearing. We are our sister’s and our brother’s keeper,” said Pastor Peter Noteboom, General Secretary for The Canadian Council of Churches.

The organizations are arguing that: 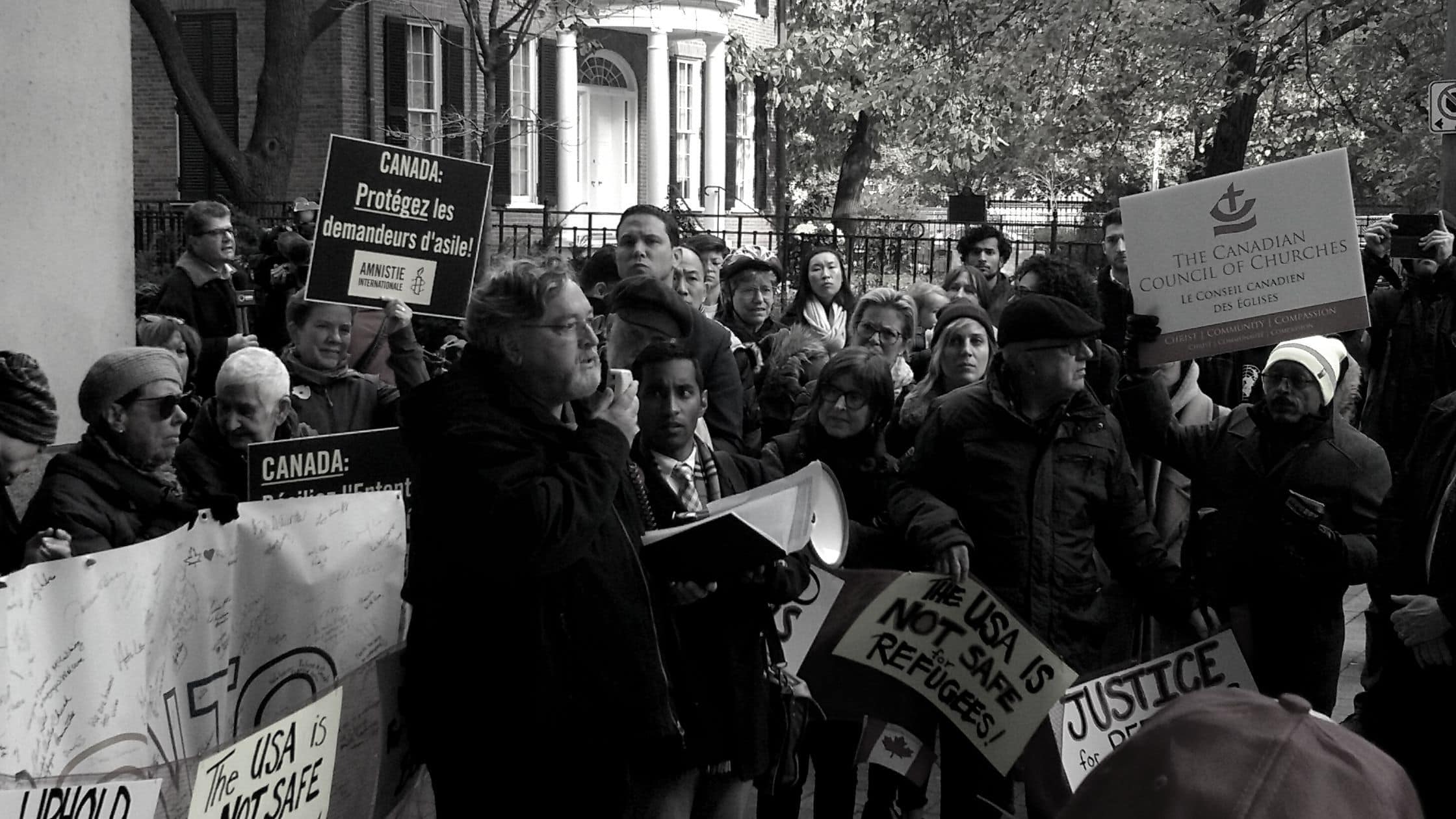