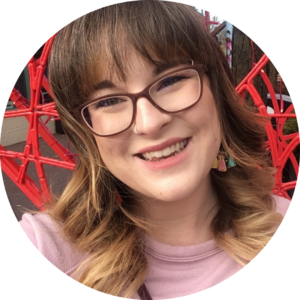 For over a decade, Emma has committed herself to the theological understanding of ecumenism through dialogue, reflection, and witness. After completing her BA in Religious Studies at DePaul University in Chicago, Emma spent a year in Belfast, Northern Ireland developing peace and reconciliation projects between Protestant and Catholic youth. She then went on to complete her MA in Systematic Theology at Union Theological Seminary in the City of New York. She is now working on a PhD in Theological Studies at Emmanuel College at the University of Toronto. Her doctoral work explores the theological questions of suffering, salvation, and disability. Prior to her work with the CCC, Emma worked for the Toronto Mennonite Theological Centre organizing the ninth biennial graduate student conference, which explored the themes of hope, despair, and lament. Emma’s main role with the Council is to provide support to the Associate Secretary of the Commission on Faith and Witness. 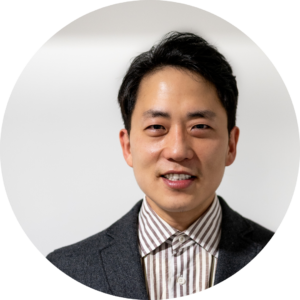 He has a passion for ecumenical dialogue and is particularly interested in identifying values common to diverse Christian traditions as well as creating spaces for dialogue and ecumenical gift exchange. 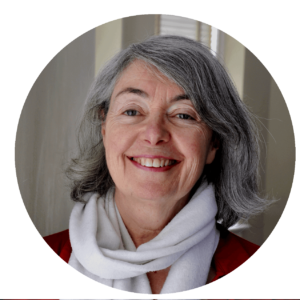 Dr. Mary Marrocco has been with the Council since 2001. Her main role is to provide staff support for the Commission on Faith and Witness and its various sub-committees. Mary has a PhD in Patristic Theology from St. Michael’s College, University of Toronto. Mary is also a Registered Psychotherapist, which she feels is complementary to her ecumenical work as a ministry of healing and reconciliation.

She is also passionate about theological reflection and is a gifted writer. Her book, On Becoming Bread, was published in 2019 by Twentythird Publications (Bayard) and her column, “Questioning Faith,” appears in the Catholic Register. 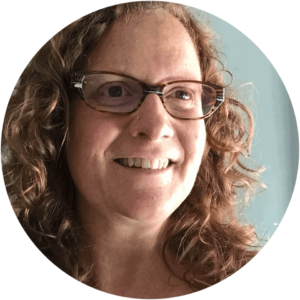 Dr. Michelle Miller is a white settler living on the unceded territory of the Squamish, Musqueam, and Tsleil-Waututh people, also known as Vancouver. She joined the Council to facilitate the Working Group on Sexual Exploitation. For 10 years she served as the Founder and Executive Director of Resist Exploitation, Embrace Dignity (REED), the first organization in Western Canada created to address sex trafficking. In 2013 she earned a DMin in Transformational Leadership and Faith-Rooted Organizing from New York Theological Seminary. Dr. Miller has testified before the Parliamentary Standing Committee on Justice and Human Rights and is a skilled speaker and facilitator. A passion for justice informed by tenderness has led her on many adventures in loving both her friends and enemies. When she isn’t engaging in holy mischief she can be found camping in wild places, reading stories, or welcoming people or furry critters into the rhythms of her life. 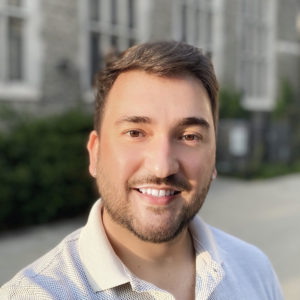 Deivit’s main role with the Council is to provide support to the Associate Secretary of the Forum for Intercultural Leadership and Learning. Deivit has dual Colombian and Argentinian citizenship. He is a Ph.D. candidate at Emmanuel College at the University of Toronto in economics and theology He holds a master’s degree in theology from the same university, a diploma in Ecumenical Studies and Interculturality from the University of Geneva and Bossey Ecumenical Institute, and a bachelor in theology from UNIBAUTISTA, Cali, Colombia. In the past, Deivit has served as Educational Consultant for the Global Ecumenical Theological Institute (GETI) of the World Council of Churches and as Program Assistant of Globethics.net. Latin American Program. 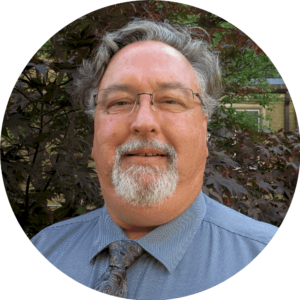 Peter Noteboom was appointed to a five-year term as General Secretary in May 2018. The responsibilities of the General Secretary are to lift up the call for gospel unity, to provide direction and leadership through the development of vision and priorities, to implement the strategic and program plans of the Council, to facilitate Canadian and global ecumenical relationships, and to participate and lead in Canadian interfaith initiatives.

Peter has been with the Council since 1999 beginning as Associate Secretary, Justice and Peace. In that role he has served as staff support for the Commission on Justice and Peace, the Human Rights Committee, the Ecumenical Healthcare Network, the Canadian Ecumenical Anti-Racism Network, the Biotechnology Reference Group and the Working Group on Human Trafficking / Sexual Exploitation in Canada.  In 2011 he became the Deputy General Secretary with additional responsibilities in finance, administration, and organizational restructuring and in 2017 became the Acting General Secretary.

Active in his home church, the Christian Reformed Church in North America, he was ordained as a Commissioned Pastor in November 2019.

Peter earned his Bachelor of Arts degree in philosophy and business administration from Dordt College, Sioux Center, Iowa in 1980; his Master of Arts degree in European Studies from the Catholic University of Leuven in Belgium in 1989; did graduate studies in Christian Political Theory at the Institute for Christian Studies in Toronto from 1996-99; completed a post-graduate diploma in Dialogue and Negotiation from Simon Fraser University in Vancouver; British Columbia, in 2007 and is currently enrolled in the University of St. Michael’s College Interfaith Diploma program. 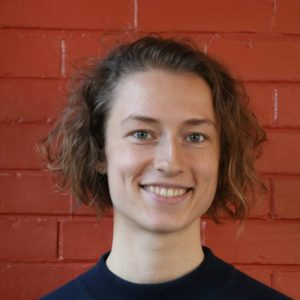 Currently located in Winnipeg, Manitoba, Amelia is a student, lover of poetry, and two-year member of the Emmaus House, an Anabaptist-inspired intentional community. Her current project is a Bachelor of Arts in Religion and Narrative Studies at the Canadian Mennonite University, studying the role of stories in religion and society through a variety of disciplines. Amelia has long been involved in various Mennonite congregations in Winnipeg and Southern Manitoba, and more recently has been a regular participant in the Winnipeg Meeting of the Religious Society of Friends.

Prior to her work with the Council, Amelia lived for several months in 2019 at the Taizé community in Bourgogne, France, helping to welcome and orient the thousands of visitors who come each week, and in the summer of 2020 she worked as a worship resource curator for the Together in Worship website, an Anabaptist database of online worship resources. Amelia’s favourite part of her work with the Council is helping to make connections with local WPCU organizers, as well as the opportunity to work in both English and French. 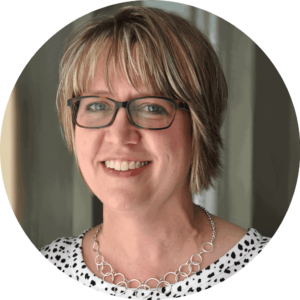 Jolan has been the administrative backbone of the Council since 2016. She brings to the Council a wealth of experience in administration and communication as well as a keen eye for detail. Building a strong relationship with the members churches, affiliates, and observer churches along with the Directors of the Governing Board is a core function of her position. In addition to handling registration and event planning for the board meetings, she is responsible for the daily running of the office, providing smooth and efficient financial administration (accounts payable, accounts receivable, donor records, book sales, etc.) and providing support to the General Secretary. She also serves as registrar for the Forum for Intercultural Leadership and Learning Reference Group. Jolan is a faithful Orthodox Christian who, along with her priest husband, serves in parish ministry in Toronto. She also cherishes working with her Council colleagues and Governing Board members in this important ecumenical work to bear a Christian witness to the world. 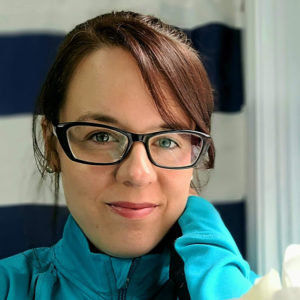 Dr. Nicole Roccas, née Lyon, has worked with the CCC since the fall of 2017 when she was baptized by fire recording the minutes of the Governing Board meeting for the first time. Since then, she has also served as interim CFW Coordinator and, since spring 2019, as the Communications Coordinator. She holds a doctorate in European History from the University of Cincinnati with a sub-specialty in Church History. A convert to Eastern Orthodoxy from Evangelical Christianity, Nicole believes that building and maintaining bridges between Christians of all backgrounds is a life-giving safeguard against insular thinking and sectarianism.

In addition to her work with the Council, Nicole is an author and certified trauma-informed coach. In her writing, Nicole mines the spiritual wisdom of ancient Christianity for a modern, seeking age. She is the author of three books of interest to Christian audiences: Time and Despondency: Regaining the Present in Faith and Life (2018), Under the Laurel Tree: Grieving Infertility with Saints Joachim and Anna (2019), and A Journal of Thanksgiving (2020).

For more about Nicole’s work and coaching, visit her homepage: www.nicoleroccas.com. 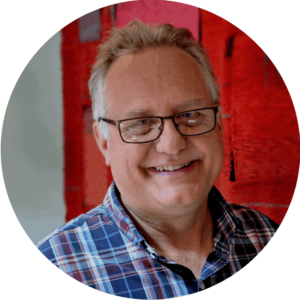 Rev. Dr. Jonathan Schmidt is  is staff for the Forum for Intercultural Leadership and Learning (FILL) and the Commission on Justice and Peace. Previously he was the director of the Canadian Churches Forum for Global Ministries, stablished in 1921 as The Canadian School of Missions and fully brought into the Council as FILL in 2017. He brings to the work gifts as a facilitator and designer of experiential adult learning, and many years of experience in ecumenical settings. His areas of expertise include intercultural ministry, justice, anti-racism and privilege, missiology, and overseas cross-cultural travel and relationship.

A White Canadian cisgender male, he grew up in Edmonton, Vancouver, and Toronto. Since then he has lived in Kitchener (Ontario), El Salvador, Cleveland (Ohio), Albuquerque (New Mexico), and Scarborough (Ontario). Ordained in the Evangelical Lutheran Church in Canada, he has served in parish, campus, and ecumenical ministries—with breaks for things like parenting and running a Central American restaurant. His work, research, life, and facilitation experience have led to engaging others in learning in theology, social analysis, history, culture, race, and power. He completed a Doctor of Ministry at the Toronto School of Theology. Jonathan is married to Alice Schuda and has two young adult children, Martin and Maya. Outside of work, his interests include parenting, community activism, cycling, camping, canoeing and amateur astronomy. His ancestors were Lutheran Missionaries to the USA in the 1800s. 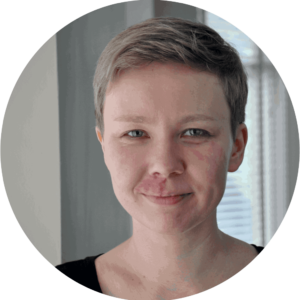 Coordinator, Commission on Faith and Witness

Maria has been with the Council since the fall of 2014. Her main role is to coordinate the Council’s flagship program, the Week of Prayer for Christian Unity (WPCU). She also assists the Associate Secretary for the Commission on Faith and Witness, including facilitating the work of the Christian Interfaith Reference Group. Maria is a PhD candidate at the Toronto School of Theology, majoring in Systematic Theology. She holds a Master of Arts (MA) in Theology from St. Vladimir’s Orthodox Theological Seminary in New York City. She is passionate about Christian ecumenism and seeing theological reflection at work in the context of ecumenical dialogue. 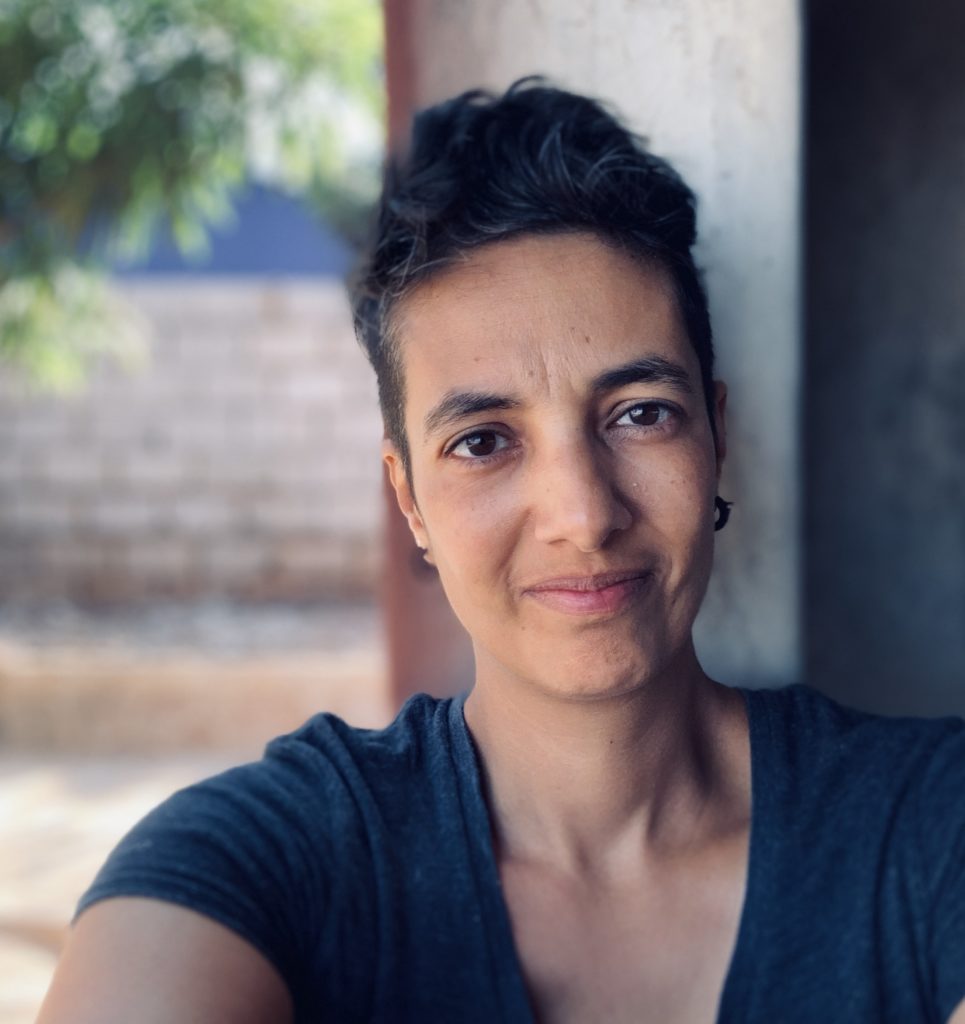 Based on the West Coast, on the traditional lands of the sc̓əwaθən məsteyəxʷ (Tsawwassen First Nations), Nadia’s role with the Council is to support the work of the Forum for Intercultural Leadership and learning.

A social introvert, Nadia can be lured out of doors to tend gardens of both the literal and figurative nature. She is a pastor at heart, but a nerd in thought. Nadia has spent most of her adult life in urban and international ministry, in Canada, the USA and Africa blending academic rigor with practical hands on ministry. Nadia holds degrees in marketing and education as well as an MDiv earned at Carey Theological College.

She loves her family fiercely, always has a stack of books she is reading, believes in the theology of radical welcome and is reimagining faith all the time.