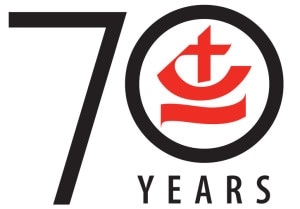 For 70 years, the Canadian Council of Churches (CCC) has been proclaiming the gospel. As the Apostle Paul declared, it’s in God that we live and move and have our being. On our 70th anniversary, we come together to learn from and challenge each other. We go forward into God’s future, to work and witness in the Holy Spirit for the common good of all Canadians.

To celebrate and commemorate this milestone, we are having an Assembly! This letter is your invitation to join us on November 17-21, 2014 for this important event. As part of the Assembly, the Governing Board of the CCC will hold its regular meeting on November 19-21 at the Queen of the Apostles Retreat Centre in Mississauga, Ontario.

Committees, commissions and bodies of the CCC will also gather that week. In addition, a public event will be held in downtown Toronto. Mary Jo Leddy, a prominent Canadian writer, theologian and social activist, is our confirmed guest speaker. Please mark your calendars for Wednesday, November 19.

We encourage you to attend as many of these meetings as possible, to greet your colleagues in ecumenism, and be challenged as you continue to work for justice and peace.

We anticipate that the cost for you to attend this Assembly will be paid by your denomination/organization, especially if you are a member of a CCC committee, commission, or other CCC body.

The theme of the first CCC Triennial Assembly in 1969 was “Count Us In! Christians in the Radical Seventies.” Seventy years later, we are still shaping the ecumenical landscape in radical ways. Let your registration for this Assembly once again declare, “Count Us In!”